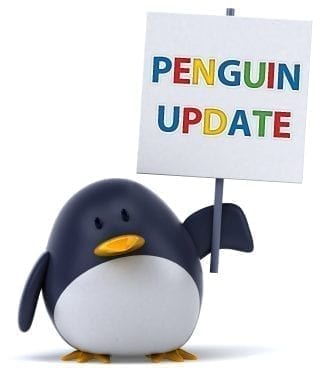 At first the Google Penguin update became known for being an over optimisation penalty, but Google claimed that the update was actually a web-spam algorithm change to remove spam pages. It has now become clear though that it is more than spam, either that or Google have a very different idea of what constitutes spam. The important thing to know is that if you have a site with good quality content you could be affected by this Google Penguin update if you have used techniques such as keyword stuffing and certain back link building techniques.

Spam then in Google’s eyes can still be the pages people actually wanted to visit just because they have used border line black hat techniques. What Google now serve up for a lot of queries seems to be the same few authority sites: with how relevant they are being less important than authority. Even those sites that haven’t used Black Hat SEO, or haven’t used SEO at all even, have been penalised by the Google Penguin update, or perhaps the Panda 3.5 update the week before, as authority sites now rank higher.

As far as Google are concerned though this change benefits high quality sites and is anti black hat. What you need to understand is what to do if your site has been affected and what to avoid in future; first things first though make sure you are signed up for Google Webmaster tools to get messages from Google when they identify problems and for when you come to submit a reconsideration request.

The Google Penguin update penalizes keyword stuffing more than before and with this point you probably have had long enough warning and don’t need to keyword stuff anymore. Using a keyword twice now should be sufficient and then make sure you have some related terms in as well all at a low density but to confirm the subject: if you just write naturally of course you should in theory be safe.

When you write naturally you should hopefully create what Google see as good quality content, this means well-written content that makes sense, flows well and has mistakes removed. Your content certainly shouldn’t be duplicate content and spun content is now being picked up much more successfully since the Google Penguin update.

The points above clearly can help Google identify spam sites but as for using link schemes this is where Google could have trodden more lightly but didn’t. It seems wrong to assume that only spam sites will invest in SEO, those websites who invest time and money, for example employing the best writers to create good content, are in fact the most likely to invest in SEO and this may include them using black hat techniques, some of which not that long ago weren’t even seen as black hat.

In either case unfortunately if you want to avoid being penalized after the Penguin update then you need to avoid link schemes and link exchange schemes, what is more though you may need to get links from schemes such as private link forums taken down so they no longer link to you and only then submit a reconsideration request to Google if you have been penalized.

Google seem to have missed the point with this update, one flaw in their search is that building organic links for better rankings takes time and often the most relevant information is the freshest information from niche websites. Panda updates may have been painful for some but at least it made sense to use indicators of how real users were reacting to websites; the Google Penguin updates that favour established Authority sites can only be bad for searchers.

One Reply to “Life after Google’s Penguin update: what it is and what it means”