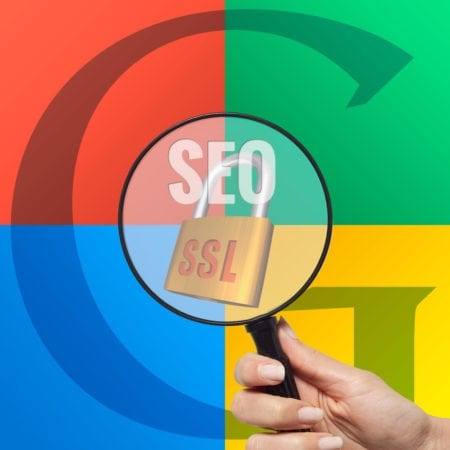 Ranking on Google is going to be a lifestyle for many, many people all over the world, and when something comes up that has to do with SEO (especially when it’s brand new) there are going to be speculations related to it. SSL certificates are an integral part of most secure websites, and apparently Google has figured out a way to work SSL certificates into the ranking algorithm that Google uses. Web hosting businesses have never been so busy, and a time like this just ensures that they’re going to be rolling in the money for quite some time to come. Google has said themselves that the weight surrounding this ordeal isn’t very big, and that SSL certificates only play a very small role when it comes to ranking websites. It isn’t as large as it could be right now, but Google is probably going to pursue it in future endeavours. They’re trying to get people to make use of HTTPS (as opposed to HTTP), and the use of SSL certificates is only possible through HTTPs functions. Even if it is a small role, there’s still a role in the first place, and SEO service gurus and marketers all over the world are reacting through social media platforms.

People have mixed reviews when it comes to discussing the matter, most of them are just curious as to how something so seemingly insignificant can help you rank higher on Google. There are plenty of things you can do SEO wise to work on your rankings, and there’s so many different things that SSL certificates seem sort of pointless in a sense. There’s nothing wrong with trying to be innovative and creative, technology is a past time that is completely run by geniuses and those who are willing to think outside of the box, but is this implementation of SSL certificates the right thing to do? The community didn’t receive it very well, and when that happens it usually means that Google is going to make even more changes when the next algorithm date comes to fruition.

No matter what your position is on this matter you still have to take it in stride, Google is still a search engine giant and it’s not going to go away anytime soon, so you might as well make lemonade with the Google lemons being gifted to you. Most of the tweets and status updates were snarky and weren’t really forgiving with the incorporation of SSL certificates, most of them were actually related to Google being money hungry. Some said that they were going to end up selling SSL at some point, which actually wouldn’t be that surprising. No matter how you look at it this is a business, and the entire reason you’re in this industry is to make more money, so how hypocritical is it to take shots at a larger than life company that’s trying to monetize? SSL’s are useful for more than just ranking of Google, so there’s always that.