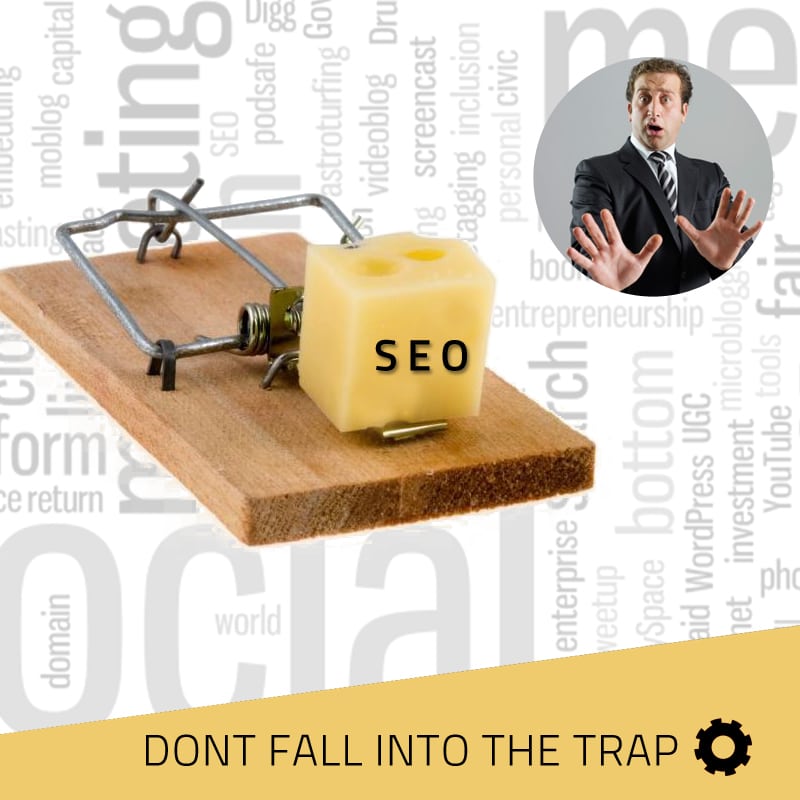 Hiring an SEO consultant or SEO company is a major investment for the business person. It means you’re turning over the reigns of the online marketing campaign you’re establishing. You want to make sure you get the best for your hard earned money, but there are many traps to avoid and here are just five of them.

First of all, don’t fall for the SEO guru who makes outlandish promises. They’ll boast and boast about how they can get your website in the top Google rankings and flow immense amounts of traffic to your site. They’ll try to sell you every bell and whistle in the book because their only goal is to gauge you for money and keep you on the hook for more. SEO is a long term strategy, not something that happens overnight. Its effects can take months to manifest and you’ll need consultation along the way. Once an SEO consultant latches onto you, they’re obligated to keep you going and not just abandon you after the bill is paid.

Second, don’t let an SEO consultant try to con you into just one source of traffic. Some will tout how expert they are in getting tons of traffic from link building or social media or even email marketing. Any SEO company worth their salt is going to have a good amount of traffic from all sources and know how to maintain and increase that traffic over time. These kinds of SEO hucksters only use hot topic words to attract customers who are ignorant and desperate. Many a good promotional campaign has fallen by the wayside from hiring these types.

Third, the keyword conniver. This is the kind of hustler that promises that they can get the keywords you want and get that high ranking. This is absurd. Only the wealthiest of marketers or the most shrewd can achieve this. Anyone who can is going to charge immense amounts of money to perform. Even then, once they prove they can, a major corporation is going to grab them up and dominate. Any SEO consultant who says they can get you the top spot on Google via keywords is lying through their teeth and will cost you a ton of money and much disappointment.

Fourth, don’t do cheap. Sure there are SEO consultants and SEO companies that will toss around low prices, but that should be a warning sign. Are their prices low because they’re trying to introduce themselves into the field or draw in new customers, or are they just not good enough to cut the mustard so they can’t charge top dollar. Here the old adage goes that you get what you pay for. Cheap is cheap. You might feel good that you’ve gotten a deal, but when the rubber meets the road, you’ll see cheap results, a bad online reputation, and losses in revenue, traffic, and more.

Fifth and finally, the unrealistic SEO consultant campaign. Much like the SEO consultant that promises everything, this trap is the one where you, your staff, and consultant aren’t looking at things realistically. Instead of verifying information and understanding stats, you’re living off dreams and delusions that are so far removed from the truth that when the truth does surface, your world comes crashing down.

So keep these primary five traps to SEO consultants and you’ll get a more solid foothold on the platform of success.